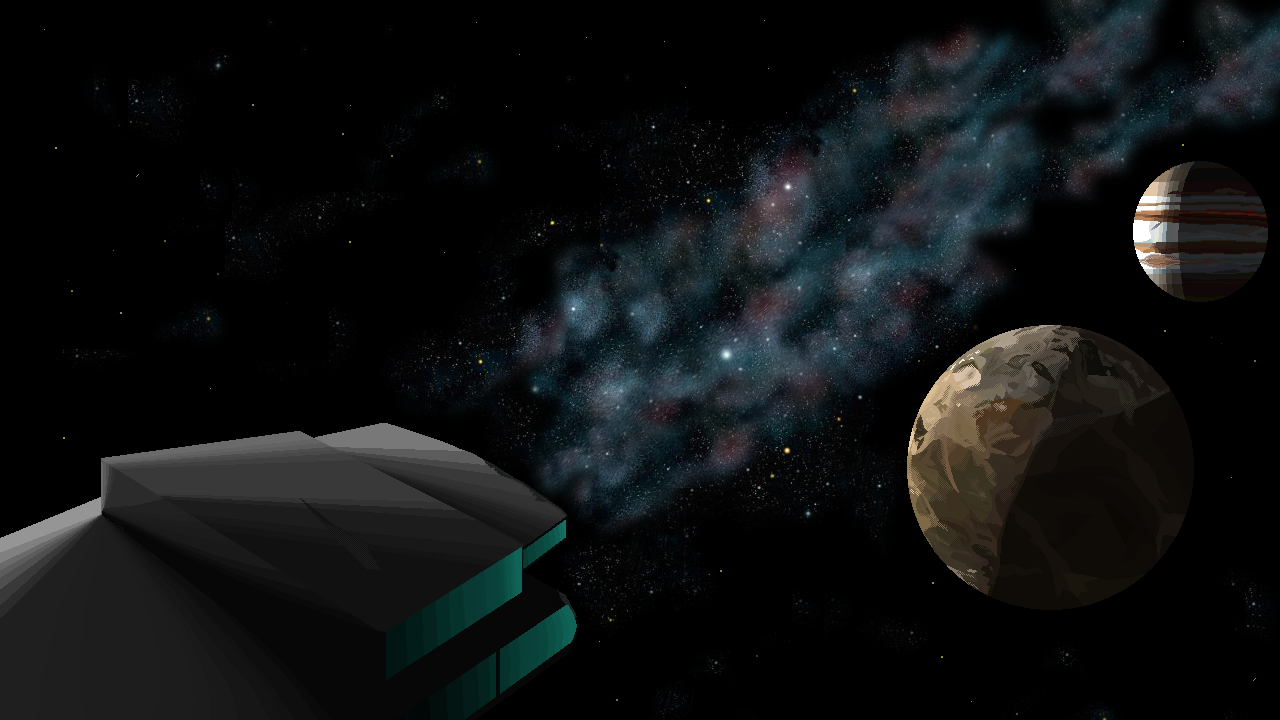 Translation of Dragon Quest I & II for SNES to English, with no game breaking nor freezing glitch

This patch translates Dragon Quest I & II remake for SNES, from Japanese to English, and fixes all the bugs (Mirror 1) (Mirror 2) that froze the game or avoided playing it normally. It uses the English translation made by RPGOne.

Some of the bugs this patch solves include the known error in the Inn of Beranule / Beran, that blocks the game. If we sleep by first time in this city's inn, the Prince of Sumaltria / Cannock, also known as Rolando or Kain, will awake seriously ill, due to a curse, what avoids us to go on the game with the full party. Once we cure him, a bugged dialog sequence will start that will interrupt the game, either freezing it, or resetting it back to the loading game screen.

Another famous bug is the one that cloned the Prince of Sumaltria, once he has joined our party in the city of Leftwyne / Liriza, making him reappear in such city. This happens everytime we come bak to the castle of Laurasia / Midenhall and talk to the king with the prince of Sumaltria in our party. If after this we come back to Liriza and talk with the prince's clone, he will rejoin by erasing all the prince's items in his inventory, including key items. If, added to this, the princess of Moonbrook was already in our party, she will erased from the party, and will completely disappear from the game (we won't find her turnt into a dog anymore, since we've already uncursed her).

We have managed to correct these errors, as well as others of a similar kind, like:

- The endlessly looping dialog of a nun in the temple near the end of Dragon Quest 2, after having defeated Hargon.

- Occassional playable characters' misnamings in some dialogs of Dragon Quest 2.

- Wrongly informed price per night in the inn of Beranule.

- An untranslated Japanese dialog in a variant of the ending sequence of Dragon Quest 1, that happens when we complete the game with the princess in our arms.

- A dialog that is cut during the final battle of Dragon Quest 1.

- The randomized system of names generation for the princess Linda and the prince Rolando, in Dragon Quest 2, has been restored (more information below).

- A glitch that made the 7th letter of the name of the princess (if there was) be erased and replaced by an ENTER, thus garbling her name on menues and on shop dialogs. This could occassionally affect Rolando too.

- The Mziab's pre-existing patch for fixing the broken title screen in Dragon Quest 1 has been added.

This way, now it is possible to play without crazy names overlapping, to read the DQ1 ending in all its variants, to sleep in the Inn of Beran or to talk with everybody without the fear of being forced to reset or getting stuck in the middle of the game, thus loosing our last advances; it's also possible to talk whenever we need to the King of Laurasia, in order to save our game, without finding a clone of the prince Rolando back in the city where he had joined us, that could destroy our game. So we could say this is the first patch in history that allows English speakers to fully play Dragon Quest 1 & 2 for SNES without being interrupted at the least expected moment and without all this bunch of issues that we have listed.

About the system of random names generation for Dragon Quest 2, that this patch restores

Besides all the aforementioned, this is the first patch of DQ1+2 to English that restores the system of random name generation for the princess of Moonbrook and the prince of Cannock in Dragon Quest 2. Such a system chooses a name from a list of 8 possible names for each character, based on what name we have chosen for the protagonist. This was the way it happened in the original Japanese ROM and in the NES version of Dragon Warrior II. But for some reason this system was altered and crippled in the RPGOne's English translation: whether in the Japanese row ROM the two names choice depended on every single letter that compounded our hero's name, in the RPGOne's translation, this choice depended just on the first letter of his name:

This way, if the name of the hero started by a letter among uppercase A and M, our RPGOne's patch automatically assigned the names of Rolando and Linda for our companions; from uppercase M a la Z, the choice would always be Kain and Maria; from lowercase a to m, it'd be Arthur and Nana; from lowercase n to z, Conan and Samantha; if we chose a name starting by brackets or a dotting symbol, we would be given Kooky (changed to Peter in the RPGOne's translation, that we have restored back to Kooky in our patch) and Akina (changed to Karen by RPGOne; if our name started by square brackets, the chosen names would be Paulos (changed to Brett por RPGOne) and Airin (changed to Gloria by RPG1 ).

It results obvious to this matter that most of users of this ROM are going to type names that start by a capital letter, and it's not probable at all they chose a name starting by dotting symbols or brackets, so the wide majority of DQ1+2 players will always tend to get the names of Rolando / Linda, and Kain / Maria for every new game they start ever, something about not few voices that have noticed this have complained, through years, in the community.

We have undone this loss of functionality. Now each letter we choose for our name will produce a completely different and unrelated combination of two names for our characters. Besides, each name given to the prince won't always correspond to the same counterpart for the princess, so the chance to get the same names when baptizing our hero with a different one will be really low.

What led us to do this patch

This patch is the conclusion of a previous work of translating Dragon Quest I+II from English to Spanish, by using, as a basis, the RPGOne patch, due to the fact that our knowledge of the Japanese language is not so fluent as it is of Western European languages, like English, French, Portuguese, Latin or Italian. This made us find a series of troublesome issues and bugs that wouldn't have let us produce a very professional result, what put us in the need to figure their solution out, something we've finally done after a period of ROMhacking, researching, disassembling, ROM disecting and re-coding of some minimal necessary algorithms in machine code (for example, to restore the original randomized DQ2 naming system and to allow the ROM select names bigger than four letters, since the original Japanese algorithm for randomly chosen names was limited to 4 characters).

All these improvements and bugfixes were initially applied just to our Spanish translation. But many have been the voices from the English-speaking community that have requested us to port all these fixes to the English translation. This was not so easy to do as to say since it implied reminding and locating in the whole hispanized ROMs all the bunch of changes of this kind that have been made so far since our translation started and that do not relate with translating to Spanish. But after devoting some days to gathering back all those small pieces of code and ROMhack, here it is the result, that we hope finds its gap in the history of Dragon Quest saga, and may be useful to the international community.

Now with the game completely bugfixed in both English and Spanish languages, millions of people throughout the world will be able to play it and enjoy it with no interruption, in its full potential.

Patch with RPGOne's translation plus Crackowia's bugfixes for Dragon Quest I+II in English (apply over a Japanese ROM with no header).

Tush for Windows. It allows to remove or add the .SMC 512 byte header in Super Nintendo ROMs. You might need it.